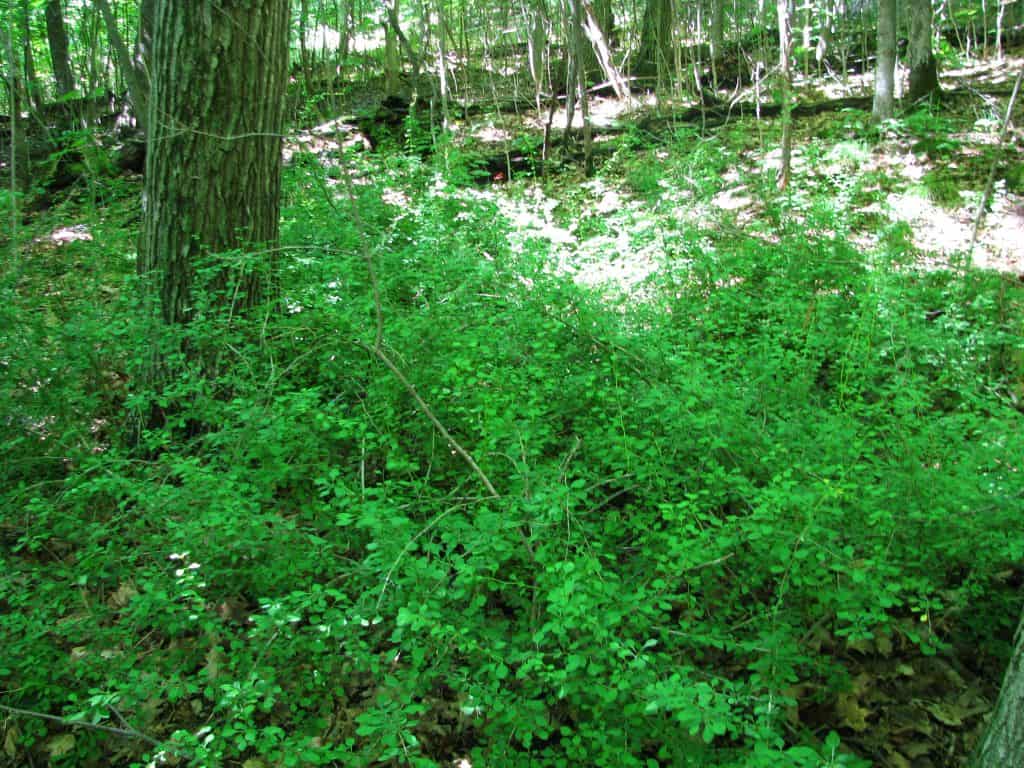 “The lands of the Equinox (Preserve) constitute an outstanding property. It contains a great quality and diversity of ecological characteristics and is part of a larger, unique landscape surrounding Mt. Equinox, the tallest of the Taconic Mountains. There are fine examples of many natural community types, such as the Rich Northern Hardwood Forest and Temperate Calcareous Cliff and these communities should improve in quality as they develop further following past human disturbance that includes agricultural clearing and trampling associated with recreation. Many rare and endangered plant species are also found on the property. It is a great resource for research, education, recreation and a reserve to allow ecological processes to occur (mostly) on their own.”

As the Equinox Preserve Forest and Trails Steward I spend a significant amount of time maintaining the trail system, especially since the dramatic increase in human and dog visitation which has occurred over the past several years.  However, I spend much more time managing the primary threat to the natural communities on the Preserve, non-native invasive plants.

Populations of non-native invasive plants (NNIP) on the Equinox Preserve are managed to protect and restore woodland habitats and native plant communities, as well as maintain forest health and habitat for wildlife.   This blog post will outline the process and reasoning behind the NNIP management activities the Equinox Preservation Trust has undertaken since 2008.

At the time the FMP was created, non-native shrub honeysuckle was by far the biggest threat to the ecological integrity of the Preserve.  In the fall of 2008, EPT contracted with Vegetation Control Services to manage approximately 40 acres for shrub honeysuckle using a foliar spray application of herbicide.  This method of control was chosen due to the acreage covered by, and sheer numbers of, honeysuckle shrubs.  Many trail users may remember the experience of walking parts of Flatlanders and Snicket as being similar to a walk in the jungle.   This project was highly effective.

In May and June 2011, the EPT Forest and Trails Steward conducted a detailed survey of NNIP plants on the lower slopes of the Preserve, 66 parcels each approximately 2-3 acres in size, noting which NNIP species were present and in what numbers.  This survey was used to inform future management activities.

Garlic mustard management began in 2011 with extensive populations discovered below Robin’s Lookout and along Flatlanders trail.  Over the next couple of years several other “hot spots” were discovered.  Populations were managed by weeks of hand-pulling and bagging in the Spring, before seeds matured.  Over time this method was not proving to be enough to keep up with the spread of the plant and starting in April 2015 a one-day, low-dose foliar application of herbicide by hand-held sprayer was begun, followed by hand-pulling and removal.  By 2018 control work was proving more effective; a noticeable decrease in garlic mustard population was apparent.  However, remaining populations are more scattered and difficult to find, especially later in the Spring season.  A substantial seed bank is also present in the soil.

Since 2014 most NNIP management has taken place within the boundaries of the original 40 acres of shrubby honeysuckle treatment.  Specifically targeted beginning in 2017 were plants producing fruits, in an effort to reduce the seed bank.  This strategy has proven to be highly effective.

Removing the dense foliage of the honeysuckle invigorated numerous NNIP species previously suppressed.  These species include garlic mustard, glossy and common buckthorn, burning bush, Japanese barberry, Norway maple, oriental bittersweet, and remaining honeysuckle missed in the first treatment.  Additionally, due to the proximity of this area to neighboring properties with no NNIP management, seeds from those parcels are consistently being transported onto the Preserve by mammals, birds, and dogs.

Successful management will require continued yearly surveys with a focus on early detection and rapid response (ED/RR).  The EPT management goal is to manage each established NNIP species via herbicide until populations can be reduced to the point where hand-pulling (the preferred management technique) is effective.

Our Mission: To encourage the responsible use of the land and protection of our natural and cultural history by providing the opportunity to interact with the environment through education, research and environmentally sensitive recreation.